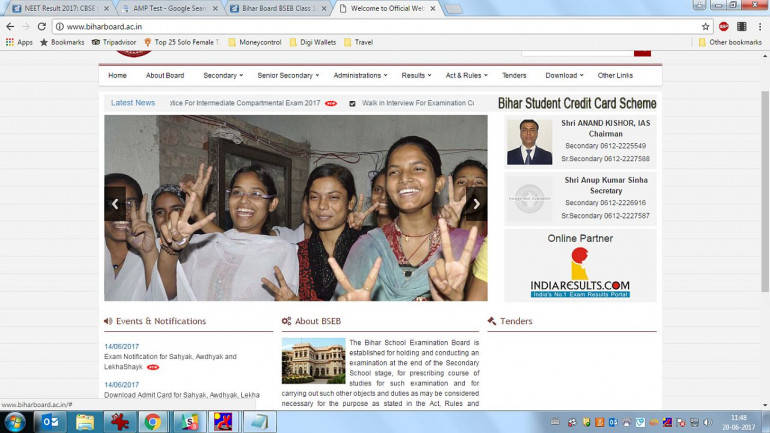 The Bihar School Examination Board (BSEB) is likely to declare Bihar Board 10th Matric Result 2017 at 11 am on June 22, the Hindustan Times reported quoting board officials. A notification on the declaration date is likely to be put up soon on the official website biharboard.ac.in.

Students no need to worry, just provide your Email ID and Subscribe Admission Times. As soon as the Class XII Result Date is out, we would inform you over the mail.

An Indian Express article had also said Tuesday that BSEB Class 10 Result 2017 is likely to be out on June 22.

There are also reports the Bihar Board BSEB plans to grant 8 grace marks to students to improve the overall pass percentage to 50-60 percent. It has already received consent from the government for the grant of 8 marks to students who fail in one subject and four in each subject for those who fail in two subjects. The pass percentage last year was low at 44.6 percent.

Status of result declaration date on online results partner indiaresults.com website, though, continued to remain unchanged. It said the declaration schedule is not fixed yet. Last year, the result was declared on May 29.