Indian and other international students to the UK to get more time to work after completing their undergraduate or postgraduate degree, under changes announced by the British government. This is part of the changes announced to Britain’s education strategy for foreign students.

The changes fall short of the two-year post study work visa that many have been campaigning for but are regarded as a step in the right direction. Masters and undergraduate students will now be able to work for six months, whereas doctoral students will be able to work for a year after their degree. They will also be able to apply for a skilled work visa 3 months before the end of their course, or move to skilled work for two years after graduation if they return to their home country. It is part of a package of measures announced to help boost foreign student numbers to around 600,000 by 2030 from 460,000 in 2017-2018, including the appointment of an international education champion and consideration of how the visa process could be improved.

“UK education is punching above its weight, but below its potential,” wrote Damian Hinds, Britain’s secretary of state for education, and Trade secretary Liam Fox in a forward to the report published. “The sector tells us that they face a range of issues in increasing their international footprint.” 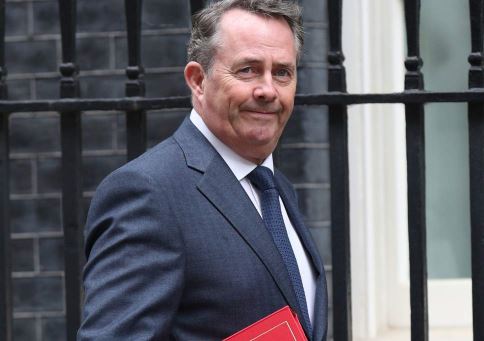 Sector body Universities UK said they welcomed the changes including the decision to launch a cross- departmental strategy for work on international students, as well as the work visa changes but said would continue to press the government to “go further and extend this opportunity to at least two years.” Jo Johnson, the former Universities minister who resigned as a minister over the direction of Brexit negotiations warned that the UK needed to allow “at least two years post study (as other countries do) to be competitive. “The UK is rapidly losing market share in international students.”

Earlier this month, UK had once again not included India in an expanded list of countries from which students applying for visas would be subject to less stringent documentation requirements.

While the number of Indian students to the UK rose sharply last year, it is still well below past levels, and far below the number of Chinese students. While in the past Britain has sought to attribute the fall in Indian students to a decade-old shake-up of the system to stamp out the problem of bogus colleges, India considers the problems far more complex, revolving in particular around what the UK has to offer students, compared to other countries from Germany to Australia and Canada which have been taking decisive steps to woo Indian students.

There have also been concerns around the processes involved in applying. The strategy document said the government would continue to review the processes for conducting interviews” to ensure they were “appropriately focussed, and minimised inconvenience for applicants. “There is a long and important history of Indian students coming to study in UK universities and we intend to drive further growth through a number of the action set out in this strategy.”

In recent months, Britain has announced a number of changes to its approach to immigration as it prepares to leave the European Union.

A new ambition to increase the number of international students studying in the UK by more than 30% – helping boost the income generated by education exports to £35 billion – has been announced today (16 March).

The vision for an annual 30 per cent hike in international students by 2030 is expected to boost the income generated by the UK’s education exports to 35 billion pounds.