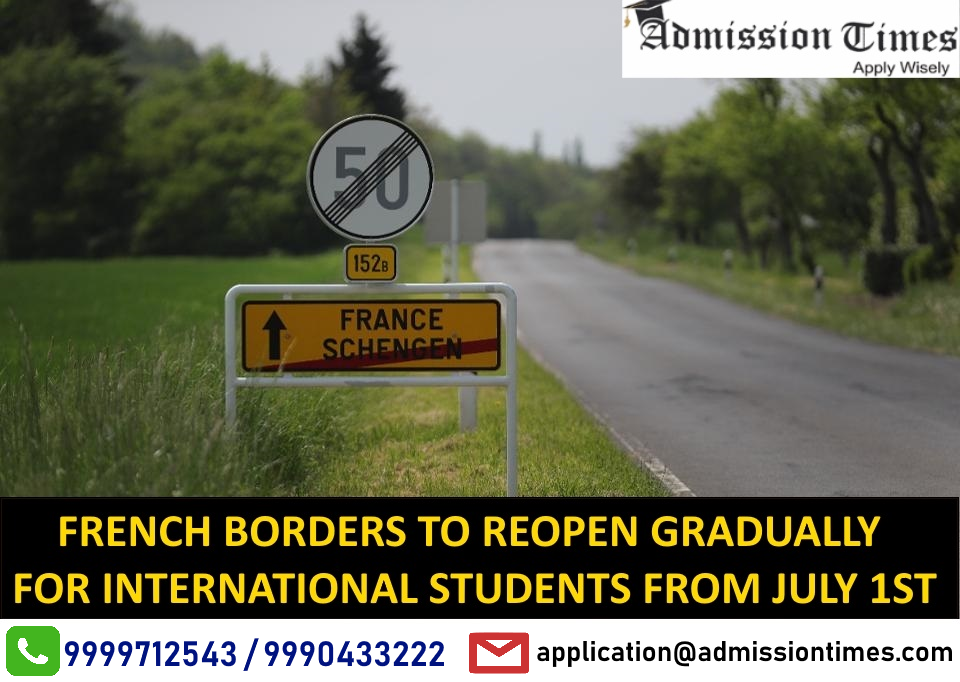 Why Study in France:

France will gradually reopen its borders to countries outside the Schengen zone from July 1, the interior and foreign ministers said in a joint statement on Friday.

The borders were shut in mid-March to stop the spread of the coronavirus pandemic, but the European Union recommended on Thursday that the bloc reopen to some countries in the Balkans from July 1.

Foreign Minister Jean-Yves Le Drian and Interior Minister Christophe Castaner said in their statement that France’s reopening would be in harmony with the rest of the EU.

“This opening will be gradual and will vary according to the health situation in each of the third countries, and in accordance with the arrangements that will have been agreed at European level by then,” the ministers said.

Europe has been particularly hard hit by the pandemic, accounting for almost half of the world’s deaths.

But the spread has slowed in many of the hardest-hit countries, including Spain, Italy and France, allowing the most restrictive measures to be lifted.
Castaner and Le Drian confirmed that France would also lift all border restrictions with other Schengen countries from June 15.

Spain remains under restrictions as Madrid enforces a quarantine on all overseas travellers and France has promised reciprocal measures.